I spent a lot of my final week running around town getting my last minute trip supplies because I'm sure Parisians don't know what sticky notes or flexgrips pens are.  I found myself sharing the aisles of Office Depot with many kids getting ready for school, and I realized that I feel a lot of the same energy I did when preparing to go to college.

It was always fun shopping for supplies and getting pristine ruled notebooks, but there was also an anxiety when starting a new school.  Would I made friends, would the classes be really hard, what if I don't get good enough grades? 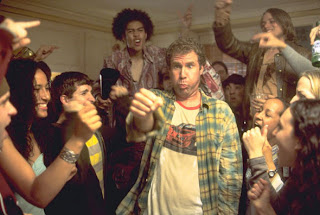 College was also an opportunity for a new start and to possibly reinvent yourself.  I met a guy on the first day of college that changed his name, but not to anything like Peace on Earth or a symbol, but rather, Sam.  Maybe Sam was always a guy in his mind that was very entertaining and the life of the party.  I don't plan on changing my name, though my French tutor preferred calling me by my first name of Kathryn since it sounded a bit more French, but you have to pronounce it like latrine with a K in front.

There was nervousness in going away to college the first year.  It meant leaving home, family, friends, and pretty easy living.  I feel pieces of that now in leaving my established life with its tight social network and the overall ability to simply know the system and how to work within or around it when necessary.  The network, rules and social norms will all be changing momentarily.

With the first year college jitters, also came a tremendous excitement of the unknown.  There were going to be things to learn that would shape who I would become and what my first job would be - thanks WZBT and fans of Kelly's Campus Countdown for my first marketing job in radio.  And thanks to the scheduling gods for putting my French and creative writing classes in the afternoon since I soon learned that the morning was not my most inspirational time of day, unless you count sleeping as a creative process. I guess I should also now be grateful for feeling the pangs of a really small school since that lead me to study abroad my Junior year, which began my insatiable wanderlust. 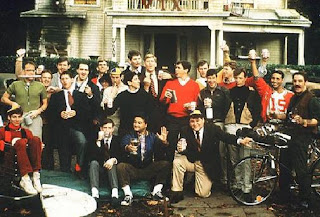 And then of course there was the excitement of the people you would meet, and the mark they'd leave.  My dad always said that college was just as much about learning new subject matter as it was about learning how to interact with people from different backgrounds and different personalities.

As I put my final flexgrip pen in my suitcase, I feel a bit like a kid again - anxious, nervous, but beyond excited for the people I will meet, the learning I will acquire, and the je ne sais quoi that lies ahead.
Posted by Kelly at 5:35 AM