A Tale of Two Cities

As I end my extended holiday stay in LA with a few months in Paris under belt, I realize I have fallen in love with two cities that are the yin to the other’s yang.   Paris and LA couldn’t be on more opposite ends of the city spectrum.  I wasn’t sure how I was going to feel returning to LA after having spent the last 3+ months in Paris.  Would I hate LA?  Would I love LA and not want to return to Paris?  What I did find was some pretty major differences, made more pronounced when returning to the west coast. 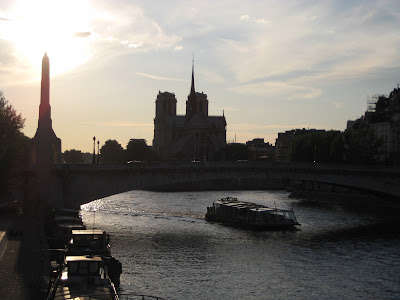 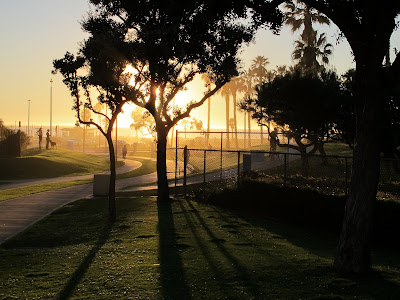 Cityscape
Sometimes I feel like I’m watching a classic black and white movie when I’m walking through Paris.  You can almost hear an old soundtrack playing as you pass one architectural wonder after the next.  It’s such a beautiful city, full of history, stories and a real romance.  LA feels freshly created from a modern rom-com Hollywood movie set, and in some ways, it actually is.  It’s hard to even use the word architecture when describing anything in Los Angeles as it seems like the paint is barely dry in some places, but then there’s the beach backdrop that produces its own allure and serenity that is often lacking in a big, bustling city.  The beach also attracts a certain type of person and lifestyle, which bring me to…
Peoplescape
Paris is a formal city.  Perhaps the stunning architecture has led to the people wanting to look as nice as their city’s backdrop.  People are very well put together when they leave the house.  You won’t find anyone in sneakers and SPAM T-shirts walking around town trying to be ironic.  Outfits are well thought out from scarves to their designer shoes.  LA’s beach attire is swimsuits and flip flops, so that carries onto the streets around, as well as into the heads of the residents who often don’t think it’s necessary to change out of their pajamas when going to the grocery store.  I will admit to missing throwing on my yoga pants to run errands sometimes, but I much prefer seeing men in suits - business, not bathing, at least off the beach.
Attitude
In Paris you never walk into or out of store without a proper Bonjour Monsieur and an Au Revoir, Bon Journée.  Again, it’s formal and there’s rarely small talk while you’re in the store.  In LA, you’ll get a, “hey there, how’s it going, love your top – is that hemp?” I do realize I live in the hippy, happy capital of the world where people are medicated or on a newly changing 7 day road to bliss regimen, but after experiencing the opposite, I realized I missed the warmth and laid back attitude of the loopy locals.
This also extends to restaurant service.  In Paris, it’s polite and polished.  They take your order, bring it, and are never to be seen again.  They don’t want to intrude, which can be nice if you want to sit in a café for a few hours and only drink one cup of coffee while writing your next screenplay as 1 in 10 are doing in LA.  They encourage the linger in Paris, but if you want a check or the correct order, be prepared to get out of your seat to do some hands on hunting.  In LA, you get a lot of attention and , “how’s everything tasting? Don’t you love the tartare. The tuna is sung to as a child to make the best tasting fish.”
Tres Grand
Then there are the portions.  Leave it to the US to invent the words, “Super Size.”  I’ve ordered a few salads this month, and they were about 3 times the size of a salad in Paris. 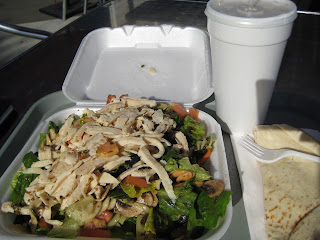 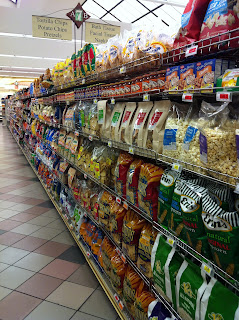 The grocery stores in the US have snack AISLES.  There is an entire aisle, with shelves 6 stories high dedicated to the fried, salted, and processed snack.  In Paris, you’re lucky to get 3 ill tasting BAGS of chips in a grocery store, with 3 boxes of crackers that unfortunately include hard, cardboard like melba.  Because of this and the fact that I love the salty snack, I did end up coming home having lost weight, much to the shock of those around me who read about my each and every foie gras laden meal I consumed. 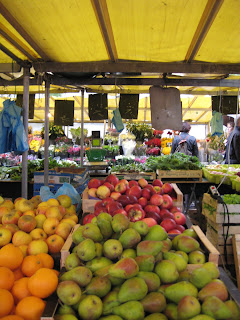 I think the French are a petit people because of the fact that they’re not big snackers, because who really wants to eat dry melba anyway.  Let’s see what happens if I introduce the Cheeto after a Parisian wine tasting.  There just isn’t a lot of processed food available.  They thrive on the open markets where you can find the farmers selling their freshly picked produce nearly every day on a street somewhere in Paris.  They shop daily, visiting their butcher, the fish monger, and yes the fabulous fromagerere, but they’re also walking to all of these places, and yes, perhaps smoking too, but all of this leads to a pretty healthy lifestyle, minus some bad nicotine habits.
I love being able to experience these two totally different cities and cultures.  They feed different parts of me, and I feel different in each one.  I do feel more at home in LA, but with family, friends and an ability to talk about hemp made T-shirts in my native tongue, I think that’s understandable.  I will say that I’m looking forward to going back to Paris and diving deeper into the city, the architecture and the culture that makes the City of Light, but I will miss the sand and soul of LA. 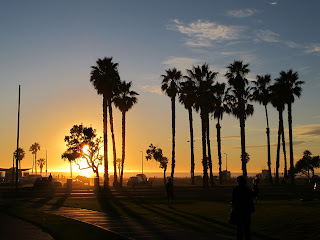 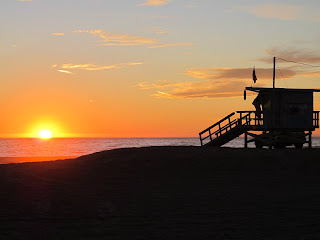 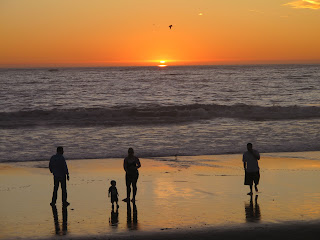