Warming to Winter in Paris

I’m trying not to focus too much on the weather here in Paris, even though it’s so drastically different than my last few glorious sun soaked weeks in LA. Now if only Angelenos could off-set all of that warmth for their road rage, but I digress.  I woke up most mornings in Paris last week with the temperature in the teens.  That’s not right, but I’ve decided it’s not going to stop me from enjoying all that Paris has to offer, and I would find creative ways to stay warm. 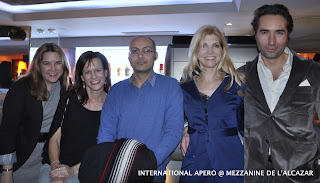 That’s how I convinced myself that I MUST go out Tuesday night to a large international party at Alcazar in St. Germaine.  Turns out this bar/restaurant is also home to the taping of Top Chef Paris, so I knew was in the right place.  I met a lot of nice people from all over, but also from right here in Paris. 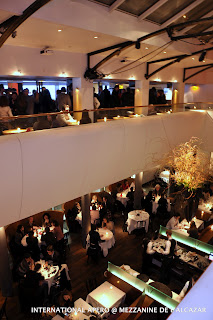 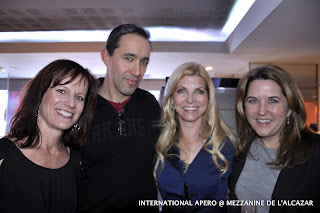 When we walked out of the place, snow was falling and there was a thin layer of snow on the streets.  I literally gasped.  It’s still a novel site for me, and if you think Paris is beautiful on a sunny day, it’s even prettier with a dusting of snow. 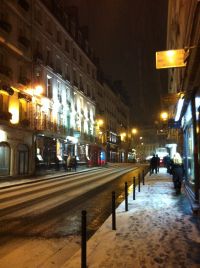 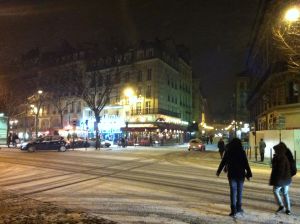 My friend Stephanie, who also has a flexible schedule, yelled, snow day!  Evidently that meant we had to go out for more drinks because there was no school tomorrow (aka work), not that there usually is for either of us.  Next thing I know we’re in a bar called Prescription and since my symptoms are an ongoing chill, I found myself ordering my first Armagnac.  Unfortunately, I liked it, a lot, and it will be a survival mechanism for me in Paris if this winter game keeps up beyond this week. 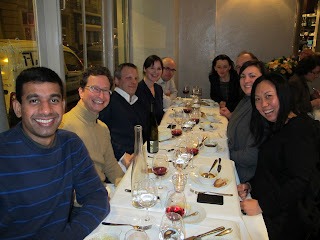 Wednesday I rallied to join a new dinner group at an Alsatian restaurant in the 15th called Schmidt L’os a Moelle.  I wasn’t sure if we were going to get a whole lotta ‘kraut and sausage, but it ended up being quite the opposite.  It was an interesting 6 course journey through unique flavor combinations like a lovely crayfish bisque with silky foie gras and chestnuts, and a satisfying escargot, mushroom, bacon, egg casserole.  A formal review here.

I got myself back into a French conversation class at Alliance Francais this week.  As painful as it was, I know it’s the right thing to do, but just not nearly as fun as a winter prescription of whisky.  I did enjoy that we were at least talking about more interesting topics than last year’s baby announcements and engagements.  We actually had some philosophical “discussions” on whether life is better now or when our grandparents were alive.  I realized I used a lot of charades and hand gesturing when I spoke and words elude me, but people seemed to enjoy the game night atmosphere I brought.  At least, that's what I'm going to go with, and I hate to say it, but I'm now on a 2 week class hiatus while I have visitors and other events going on.  I will get back to it though at the end of the month.
After class Friday, Stephanie and I hit a free wine tasting, “Le Wine Down,” at La Derniere Goutte, a St. Germaine wine shop that’s been around for over 20 years.  The people were very nice, and not just because they were pouring free wine for us.  There was complimentary cheese too! 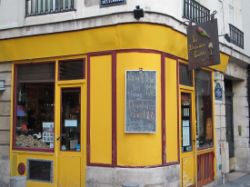 We had a wonderful dinner afterwards at Jeanne A, a sister epicerie and casual resto to big boy, Astier.  I had a lovely terrine with avocado and small shrimp, followed by their black chicken specialty.  Delicious! 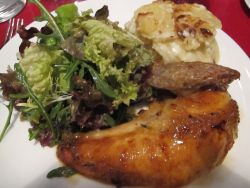 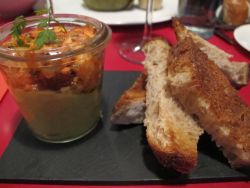 Then I was invited to a celebration of nuptials between an Irish gal I had met last year and a Frenchman who owns a couple of wine stores in town, so we packed into one of them to toast their wedding.  Champagne, macarons and Irish songs seem like a fun way to celebrate almost anything! 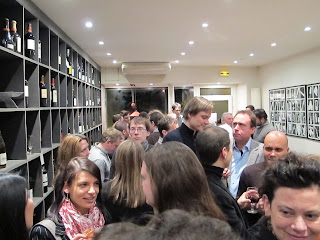 Saturday, a friend of mine was craving Mexican so we tried Hacienda del Sol, which is owned by the same folks as last year’s favorite, Anahualcali.  They did not disappoint with cheesy queso, chunky guacamole and really nice tequila sautéed shrimp. 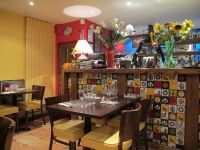 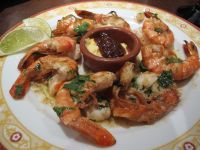 Afterwards, we walked a few doors down to a fun, little jazz spot called Swan Bar, where there was an African American woman singing showtunes, Motown and disco in a combination of French and English. 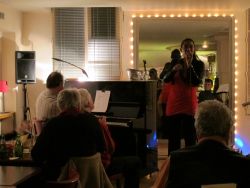 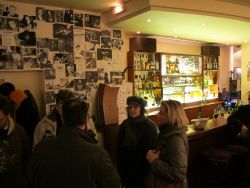 I rounded out the week-end by going to a cooking school where David Lebovitz was promoting his new Paris Pastry App.  David worked with Alice Waters at Chez Panisse for over 13 years and has since moved to Paris and is quite the celeb in town with ex-Pats and Parisians alike. 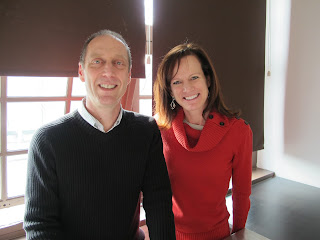 His homemade hot chocolate tasted as good as it smelled, and how can I turn down more macarons? 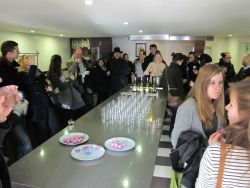 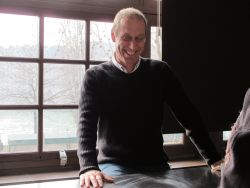 I came home inspired to cook and fired up Big Red to make a tasty lamb stew filled with potatoes and olives, braised in spices and Rose for a few hours.  It warmed me up head to toe, and I thought, I can take on this Paris winter, no problem.  I now have many coping mechanisms. 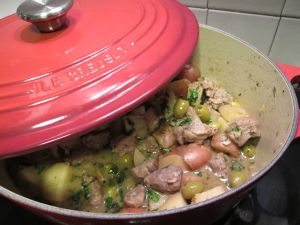 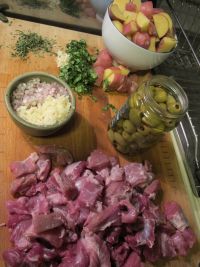 This week promises warmer temperatures in the 40s, but Paris’ notorious wet weather comes with the package, so we’ll see if I can not only continue to think of ways to stay warm, but also dry!
Posted by Kelly at 10:26 AM