It's finally happened.  I got in the system.  After 3 visits, half dozen phone calls to the US and France, and many pieces of mail with different codes on different days, I now have a bank account in France.  The best part is that I now am a holder of the elusive debit card with the magic chip.  The chip that has stood between me and charging tickets in the metro and train stations, amongst many other things, is now in my possession.  I also now have official mail from the bank with my name and French address on it and that mes amis, is now opening many doors. 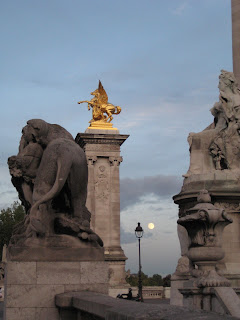 As soon as I got this documentation, I ran to my nearest Orange store, the AT&T of France.  The lone man working in the store didn't know what he was in for, but between his bad English and my bad French, we got me on a cell phone plan.  This may not sound like a big deal, but I've only been able to use prepaid phone cards, which after one call is nearly all used up and you have to go out and buy another one.  I'm better served taking any friend I want to speak to for lunch since it's the same price as a phone call.  I'm in now - bank account and cell phone plan.  There's no stopping me.

I can't say that I've had as much luck getting my well dressed handyman back to my place.  Last I saw him he said he'd be back with my repairs by the end of the week.  That was 2 weeks ago.  I called him yesterday because now I don't have to hand select who gets my precious cell phone minutes, and for the first time, I heard a proper Frenchman cuss, in English.  It was actually quite humorous.  It went something like this.

I'll be curious to see if the parts he brings will be in a similar plastic bag to the one he brought last time.

I gathered with a few friends on Monday night to watch a delayed taping of the Oscar's.  I successfully made it through the day without listening to any news or getting any winner or dress updates.  When we all met at my friend's house, she had just received bad news that there would be a several day delay in airing the Oscar's through her US cable provider.  We couldn't let all the food and drinks we brought go to waste, so we indulged and dished on who won and who rocked the red carpet.


Tuesday was a wine tasting with a British group - luckily focusing on big French reds, not the wine of England, though some will try and tell you they're making some good stuff now.  It was a blind tasting competition where they poured 6 wines and you had to name the appelation, primary grape, secondary grape, year, alcohol content, and region.  Yes, it was harder than my Cordon Bleu wine test, but suffice it to say my team won, though the prize was a bit lackluster of finishing our favorite bottle.  We also won the last tasting we went to with this group, so we're on a roll! 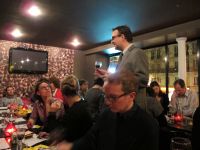 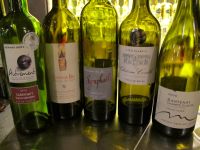 I capped the week with some culture by going to the George Pompidou Centre for the first time.  I think the building is such a monstrosity and an eye sore to the beloved, beautiful Parisian skyline.  I've been resisting stepping foot inside, but I had heard about an interesting exhibition there, so I figured it was time. 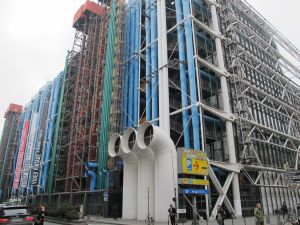 While the outside of the building isn't much to look at, they do offer beautiful views of Paris from the roof, cloudy day and all. 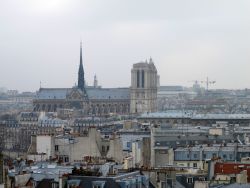 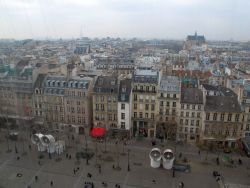 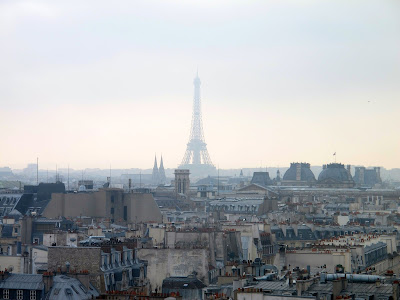 The exhibit, Danser Sa Vie, dance you life, was innnttterestttting.  The premise made sense talking about the relationship between dance and art.  There were videos every 2 feet showing this relationship in a variety of ways.  The body was more often than not clothed in a very colorful, geometric pattern, or not much at all.  The dancing in the videos took place everywhere you could imagine - in offices, fields, leaves, oil, paint, sweat, and hallucinagenic states.  Half the fun was watching the small children stare mesmerized at the half naked gyrating ladies with only feathers extending from the derriere.  Those kids either went home with nightmares or dreams that their parents may not want them to follow. 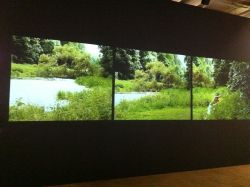 I had several articles published this week.  Part 2 of the story of my apartment search was published on HIParis here.  You can also read my full review of the great meal and evening I had at La Cantine du Troquet Dupleix, along with my review of my favorite Mexican spots in Paris to date.  I also wrote an article on making friends in foreign countries, which was a big help to me too.