Spring is in the Air

I hate to be so bold as to say that the worst of winter is behind me, but I have been shaving a good 10 minutes off my prep time to get out the door in the morning now that I'm down to single layer socks, one light jacket and no more tights under pants.  I'd also like to think that I'm losing a little bit of the winter Michelin Man look with the reduction of layers, so maybe, Spring isn't too far away.


I have seen new flowers going into the winter vacant gardens, and even found myself reading outside in the Place des Vosges for a few hours today - something I haven't been able to do in months.  Yes, spring fever is upon us, and Paris is ready.


I also hit some Spring like festivals this week-end starting with Colette's 15 year anniversary party, or more accurately Carnival. 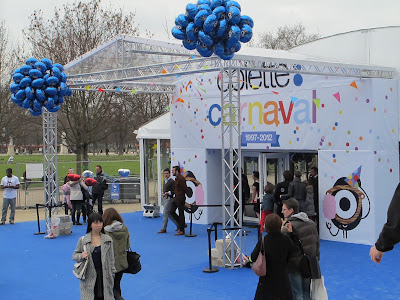 Colette is a high end concept store carrying the hippest of the hip with everything from clothes, bags, make-up, electronics, books and more.  Their party was quite the bash on the grounds of the Tuileries and it was wall to wall carnival fun with many games you see at the local fair, as well as ping pong, basketball, video games, photo booths, and even a movie theatre. 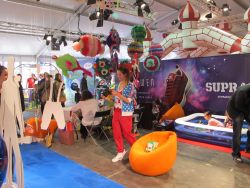 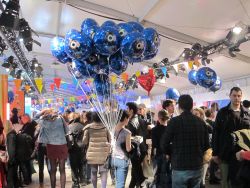 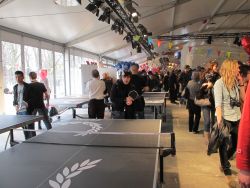 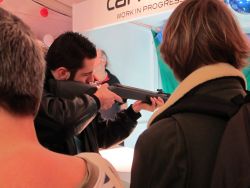 Camion Qui Fume, the now infamous burger truck, was also at the festival, and again proving Parisians love for a good cheeseburger as we waited in line for an hour.  Was it worth it?  Yes, it was. 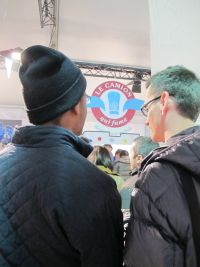 Next up was the Salon Mer et Vigne, a food and wine festival at Espace Champerret.  It was billed as a seafood festival, but the seafood was hard to find in the meat laden aisles, though no complaints here. 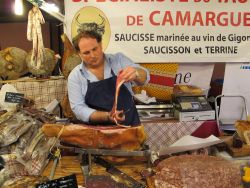 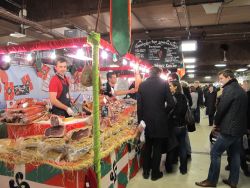 There were samples galore of the usual fromage and charcuterie variety, but then there was the unusual of salts, spices, and perhaps even a little vodka and whisky tasting.  I may have found a new French vodka to take home with me, and we did finally find some oysters to slurp on as well. 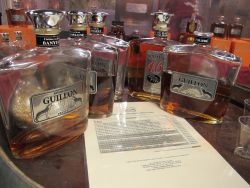 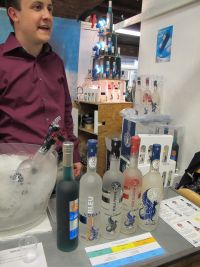 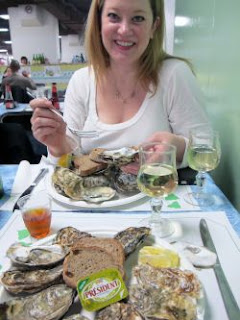 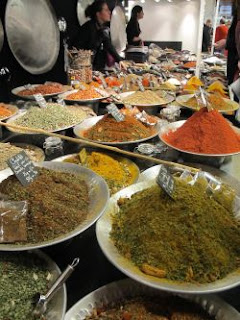 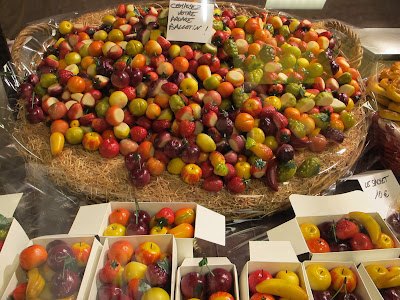 I also tried out a new restaurant with some friends Friday night at a place called Le Schmuck.  Hardly seems like a fitting name for a hip bistro, but that it was.  It was a beautiful place - from the chandelier heavy decor, right down to the handsome waiters.  Unfortunately the eye candy was just that at times as the food wasn't the best, nor the service, but it was a fun place to have a cocktail and admire the views.  More details here in my Girls' Guide to Paris review. 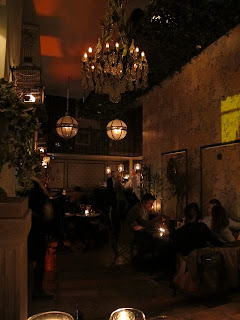 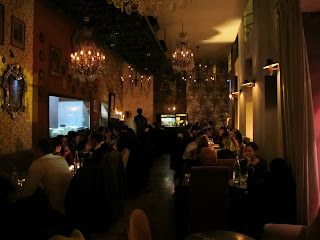 Our nightcap was down one of my favorite corridors in Paris, near Odeon, and it's not just nice because that's where Dimanche a Paris is - a shop, restaurant, and bar that specializes in chocolate, though it doesn't hurt.  You can have whole chocolate tasting menus - for dinner, lunch or brunch, but we decided on chocolate cocktails.  My chocolate martini was the perfect dessert. 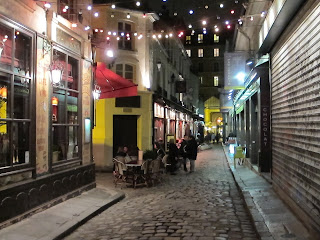 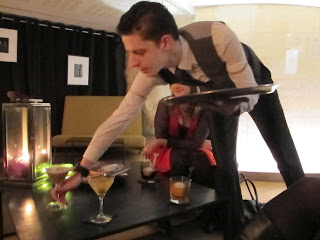 I also finally got to my first event at the Opera Bastille.  They do lunchtime shows on select Thursday's for only 5 euro, so Stephanie and I went and checked out a lovely quartet performing Mozart.  It was in a smaller room of the Opera, but gave me a good taste, and I definitely want to go back for more. 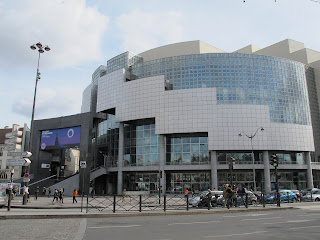 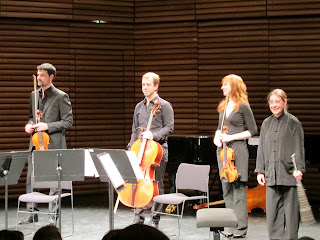 And last, but not least, most will be happy to hear that I went back to my French conversation class this week-end, and honestly, it wasn't too bad.  I even found myself laughing (at things said in French, as well as my bad French) and possibly having fun at times.  It's becoming less intimidating, and I find myself with a little additional courage to speak more.  I even had a very nice, all French exchange with a woman in a shop today.  I tried to apologize for my French, but she said no, no, I understand you perfectly.  I was making a purchase, so she might have just been being nice, but I'll take it.  Au Revoir!
Posted by Kelly at 1:48 PM