We took a quick hour and 40 minute train ride from Seville to Cordoba and found another charming town on the water. 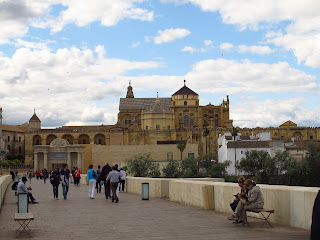 We started with another Alcazar, but this one was quite a bit smaller than the one in Seville.  Alcazar de los Reyes was built in the 13th Century as a palace for Fernando and Isabel, and then it was used for the Inquisition for 350 years before turning into a prison. 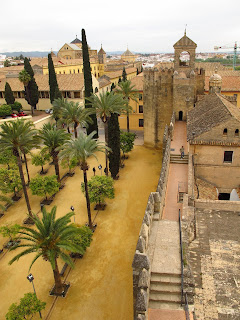 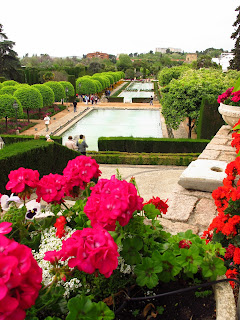 There were nice views from the tower, and beautiful cascading pools and gardens. 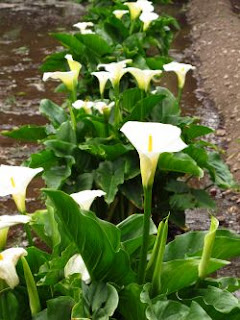 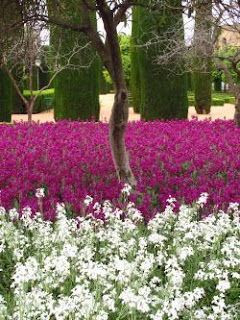 Cordoba's big claim to fame is the Mezquita in the center of town. 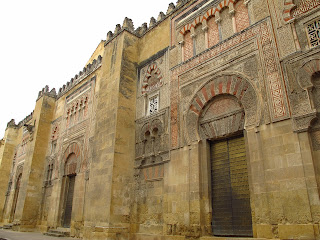 This site dates back to AD 784 when it was purchased from the Church of St. Vincent for Muslim prayer.  It expanded over the years and exists in a similar form today with the exception of an added cathedral smack dab in the middle. 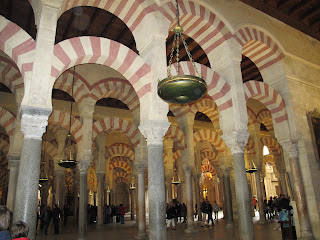 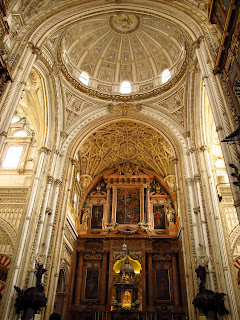 Some of the mosque needed to be destroyed to make room for the cathedral, which upset people for ruining an intricate, unique structure.  The King lamented, "you have built what you or others might have built anywhere, but you have destroyed something that was unique in the world." 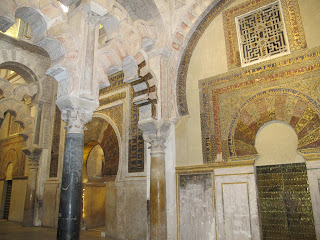 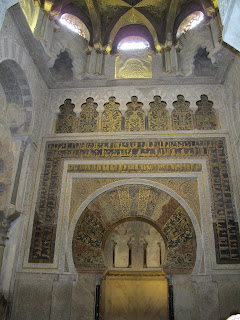 The area around the Mezquita and Alcazar is full of winding streets, but unfortunately also full of tourists and junky shops.  That definitely detracted from the charm of the town, but there were nice little niches here and there where you could see picturesque white walls and bright flowers hanging off the side. 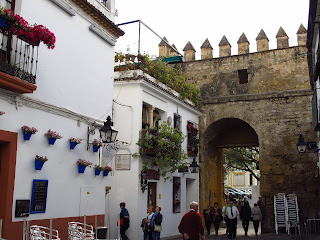 Tucked away in this area called the Juderia, or Jewish Quarter, was an artist alcove, Art Zoca, where painters, sculptors and the like made and sold their crafts. 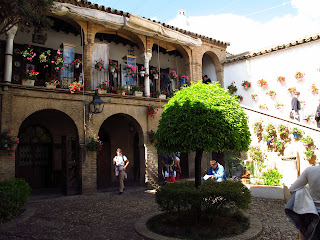 Luckily we were staying a little ways away from all of the tourist action at a white washed, sleek hotel, Viento 10. 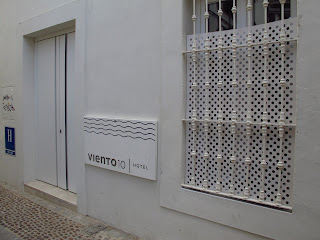 There was a lovely roof top deck and a nice homemade Spanish breakfast. 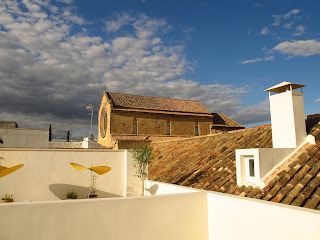 At each of my breakfasts in Cordoba, I was served a toasted roll sliced in half with a spiced tomato puree, fresh, local olive oil, and diced jamon.  Seems like as good of a way as any to start a day to me.  You might think a "tortilla de patata" or spanish omelet is for breakfast, but the place I had read is the best wasn't open until 11ish, and yes, this is what the owner said when he saw our sad faces, "we open eh, around 11."  It was worth the wait as we were given a cake like slice of potatoes and eggs, topped with a light, creamy bechamel type sauce.  That was all we needed for lunch, and Bar Santos is the place to go. 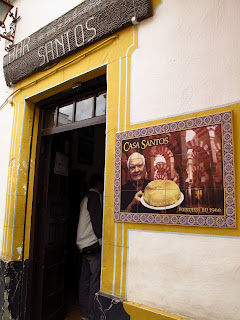 Dinner was at Bodegas Campos, an in town institution. Some of the wine barrels are even signed by passing dignitaries like Tony Blair. 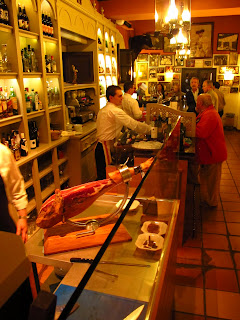 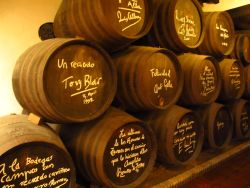 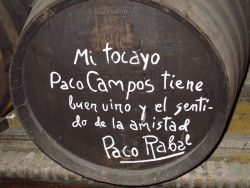 We had the freshest of jamon sliced right off the bone, along with a casserole of wonderful bits of chorizo, potato and of course an egg goes on top of everything. 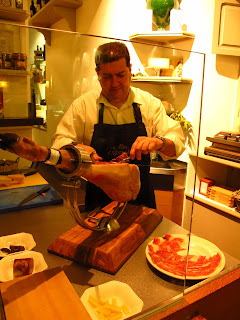 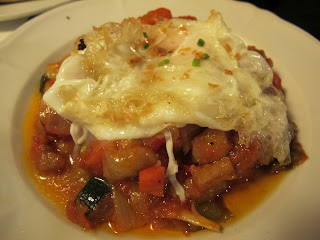 I did start my Sherry education in Cordoba and began to acquire a taste for it.  It's a pretty unique, sometimes pungent taste, and the hotel owner kept saying how strong it was and he was nervous to give me any to drink on the roof - as if I was going to fall off after drinking a glass.  Puleaze. I also found a restaurant with several varieties that were also less than 2 euro a glass, so sampling was never so easy!