Weathering the Rain with Mai Tai's and Snoop

After the last few weeks of traveling, I was happy to jump back into daily life in Paris this week. 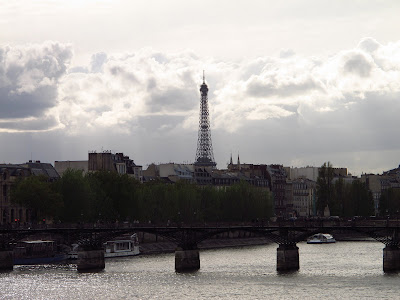 While we were teased with some warm spring temperatures last month, it has since left us for the now often repeated phrase that better be true about April showers bringing May flowers...and Rosé.  OK, maybe I threw in those last 2 words because I'm starting to get concerned that my warm, weather wine time is being condensed.

It's been raining off and on for weeks now, but I'm trying to find the silver lining to all of it, which seems a lot easier than building an arc.  I took a trip through Luxembourg gardens this week and saw some of the rain's results and a very different place from just a few weeks ago. 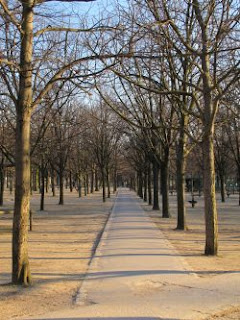 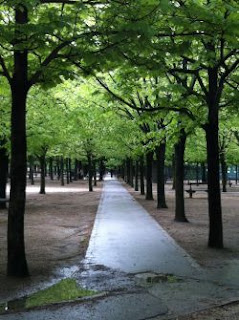 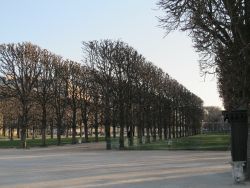 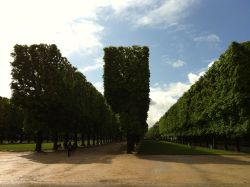 The rain has also made me go underground.  I have done some biking in the rain, but the cars and buses are what really get you, so I've had to trade my bike for the metro. Again, I was rewarded this week by an amazing 14 piece string orchestra that was playing in the middle of one of the stations.  They were fantastic, and another ray of sunshine to the week. 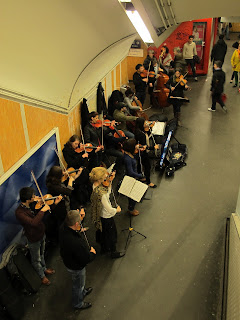 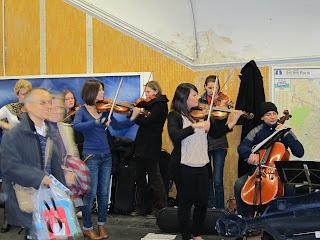 I'm also highly entertained at some of the things that you see on Metro, especially later at night and on the week-ends.  Like last night, some kids got on heading to a party as I was actually heading home (it was almost 1am after all) but they had a wine bottle with them and were just taking turns drinking from the bottle and passing it around.  You do see people drinking booze at nights on the metro, but what you don't see is people eating.  You don't see people eating on public transportation, or even outside walking.  Food is met to be eaten and enjoyed in a restaurant.  Fair enough. 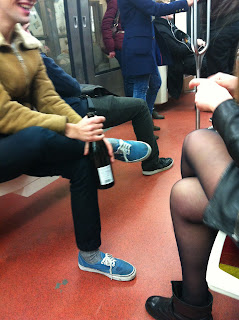 On a rare day, no few hours, of non-rain this week, I took a food tour of St. Germaine, given by a Canadian woman who has approached me to possibly lead some food tours of my own.  Her tour was a nice 3 and 1/2 hour walk through patisseries, boulangeries, olive oileries, ending with cheese and wine, so a nice day no matter what my food guide future may hold. 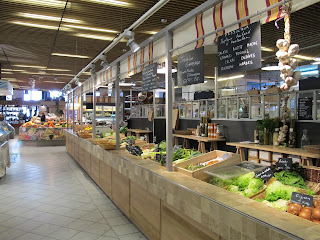 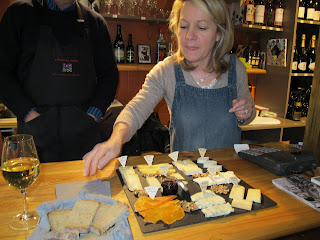 Many of you will also be happy to know that I've returned to French class at Alliance Francais.  I've resumed the oral class where you just focus on speaking, and trying to understand what the other non-native French speakers are attempting to say.  The teacher was one I had last year and she gave me a cross between a reprimand and a pep talk.  She said, you know the words (or at least the one's having to do with food), you know the pronunciation (as compared to some of the Asian students), you just need to quit hesitating.  Speak!  Yes, like a dog begging for good food (and wine), I'm trying to speak more. 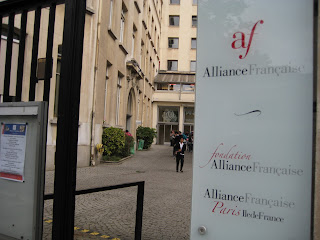 I have been meeting more French people so that definitely helps in the practicing the French department, but their English is always so much better than my French, so the pain can only last so long sometimes.  At least I had one Frenchman tell me this week that the language is really hard, even for him.  True or false it doesn't matter because it was nice to hear. 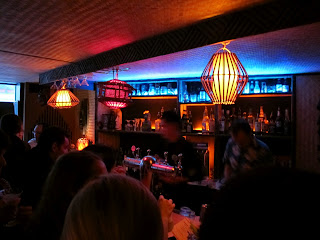 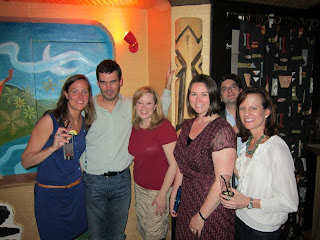 52 Martinis hosted a party there and a good time was had by all, even if we weren't drinking martinis.  I can't remember the last time I had a Mai Tai, and I probably never thought my next one (or perhaps 2) would be consumed in Paris, but they were pretty authentic, and very lethal. 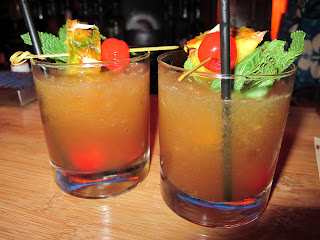 I can pretty much say the round of tart Tom Collins' was not necessary, but we were at a Tiki Lounge in Paris, so who's to say what's appropriate? 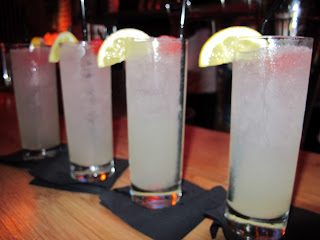 Last night we went to a fun international party at O'Sullivan's, where we were also joined by some of our new friends from Le Tiki Lounge, including this one who learned of my passion for vodka, and put me to shame by wearing a shirt in its honor. 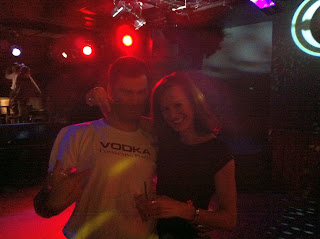 The DJ was also playing great tunes from the 70s, mixed in with Madonna and some Snoop, so a fun night of dancing ensued. 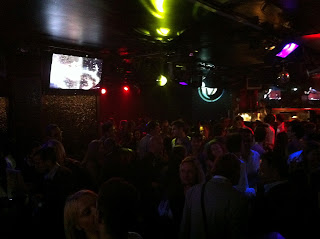 Tonight will be a low key, recovery evening filled with queso and guac at one of our favorite Mexican spots.  Bon week-end!