The Embassy, the Church and Many Museums

The last few days I've found myself in some interesting and very beautiful buildings around Paris.

It started with the American University Club Summer Cocktail party.  It was held in the beautiful baroque Hotel de Talleyran, which dates back to 1767. 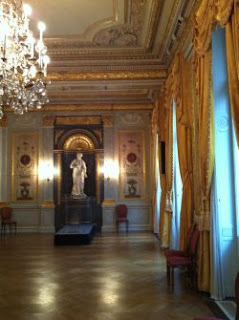 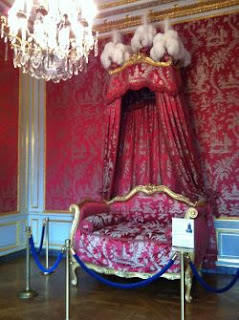 The US Ambassador Charles Rivkin spoke about the important role of education. 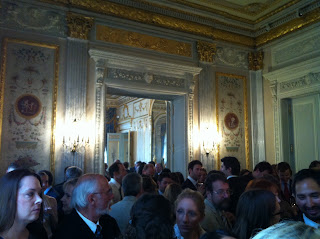 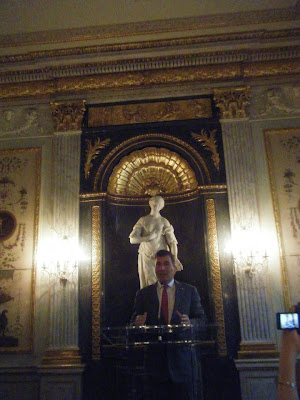 There were many President's announced from various Ivy league and otherwise, respected schools.  For some reason, Gettysburg College was not mentioned.  They must have been sick that day.  It was still a nice event with lovely canapes and much champagne. 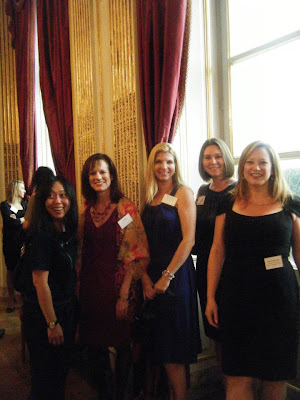 I've been wanting to find some volunteer opportunities in Paris, but given my seemingly limited command of the French language outside of the local bistro, I've been trying to find a cause where I could fully participate.  Then voila, I heard about the American Church in Paris feeding the homeless every Friday.  The volunteers speak English and are the only people in town to offer a totally homemade meal for those living on the street. 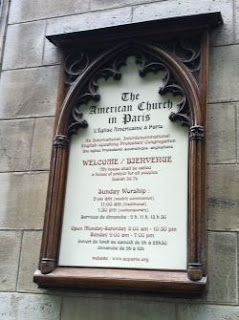 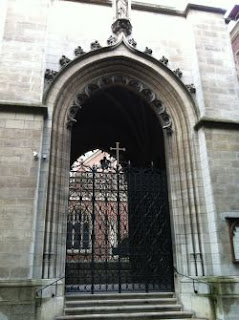 Given the fairly decent community programs Paris offers, you do still see a fair amount of people living on the street.  There are "locals" that you get used to seeing on specific corners.  I have a family of 4 that is usually down the street from me, "living" and sleeping near a grate that gives off some heat.  They've been there as long as I've been here, and I've seen numerous people talk to them and try and offer them additional assistance, but they always remain.  You'll also see people sleeping in the metro early in the morning or late at night. 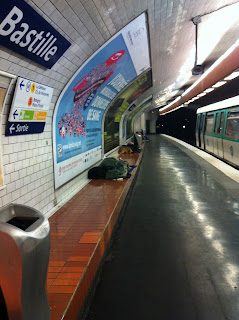 I showed up to the Church on Friday and got myself to the kitchen and jumped right in to food prep.  I was surprised and delighted to see the meal we'd be making.  We roasted carrots, potatoes and onions (peeled and diced by yours truly) and roasted them in the oven.  We then infused oil with garlic, onion and herbs de provence and poured it all over the vegetables with some vinegar making for an absolutely delicious dish.  I will admit to burning my arm while moving the vegetables around the oven.  I think it had been so long since I used an oven, I forgot where the hot surfaces were. 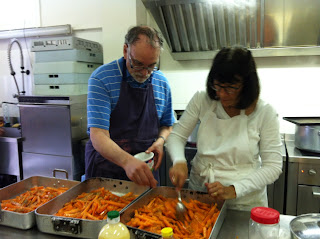 There were very nice and extremely knowledgeable people helping in the kitchen.  One woman made a lovely homemade pesto from scratch that went over the pasta, with a side of sausage.  My next task was to create the cheese plate, yes cheese plate, and of course I had to throw in a new design on the fromage arranging, which seemed to be a big hit. 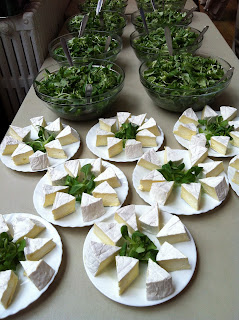 There was a salad course, and then a dessert course which consisted of waffles and a homemade chocolate sauce that was nearly licked up by all eaters, including me when everyone was done. 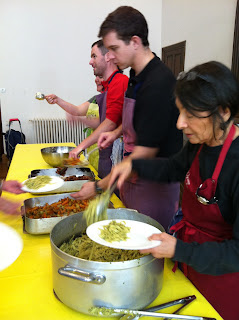 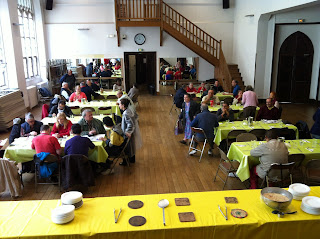 We fed 60 people, and I look forward to returning to do it again soon.

With the continuing rain in Paris, I decided to stay indoors and hit some museums this week.  I went to the Pompidou where 2 great exhibitions were being held. 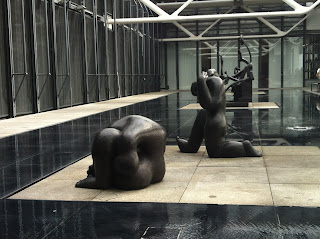 Gergard Richter is a German artist and considered one of contemporary art's most notable names.  He doesn't have one set style, but rather explores many diverse themes including the mixing of art and photography. 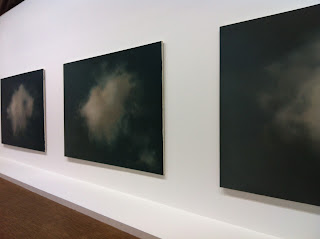 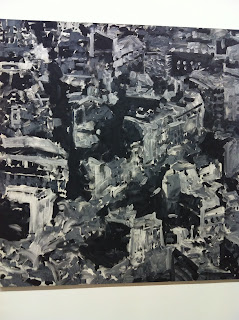 He also likes to put a lot of paint on the canvas and then wipe away sections to reveal different layers and colors. 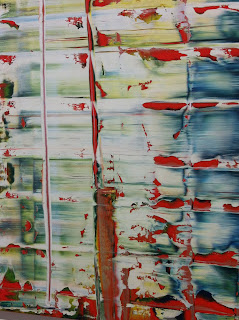 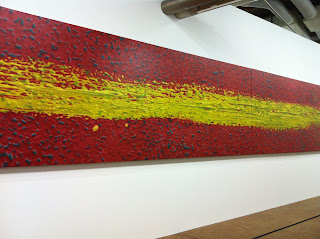 Right next to the Richter exhibit was a Matisse exhibit on pairs that was also fascinating, but no pictures were allowed.  They had 2 canvases side by side where Matisse would paint or draw the same subject, but make subtle changes to each with color and content.  You could see the creative process and how different a picture could look with a darker color, or different type of line. 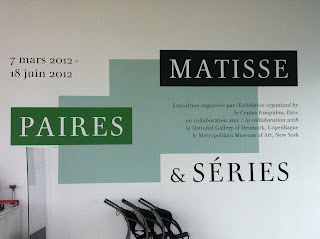 I also visited the Musee Cognacq-Jay, which is a museum by the name sakes who used to own and operate one of the largest department stores in Paris called La Samaritaine.  They had a large collection of 18th Century work that was eventually moved to the Hotel Donon where the museum exists today. 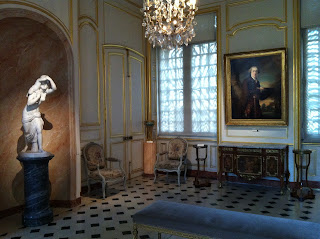 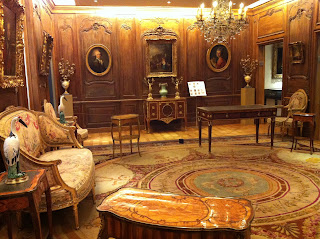 Just down the street is the Archives Nationales, which is housed in the Hôtel de Soubise, where the Prince and Princess of Soubise lived. 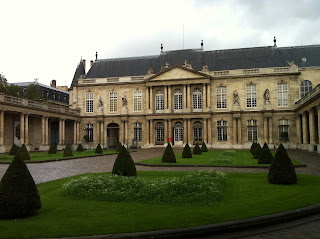 Bright colors and gold filled most room, along with elaborate molding in every corner.  The ceilings all hung with gorgeous chandeliers. 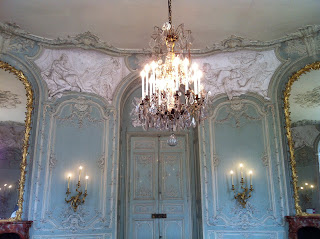 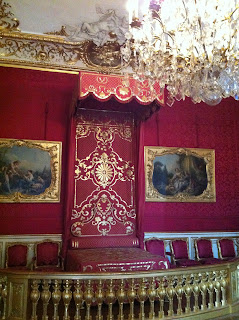 Beyond these beautiful rooms, the museum also houses important historical documents, wills, treaties and the Declaration of Human Rights from 1789. 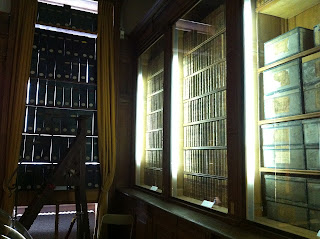 It was one of my favorite, smaller museums to visit, and not very crowded for a rainy Saturday.  Now let's just hope we can turn this weather around once and for all because tomorrow, I'm off to the races!