I've wanted to go to Cinque Terre for over 10 years now.  I even have a now dusty folder of clipped articles and things to do there, but that folder is in LA, which isn't very helpful, but luckily this internet thing has really taken off, so all is not lost. 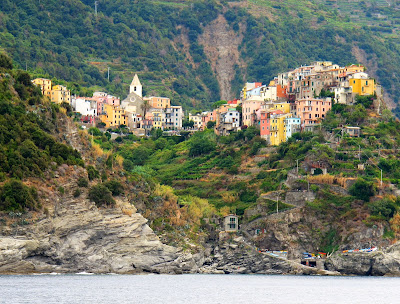 Cinque Terre is a collection of 5 villages perched along a rugged coastline of the Italian Riviera.  Cars are not permitted or able to drive between the towns, so transport is either by foot, boat or train, and we did a combination of all 3. 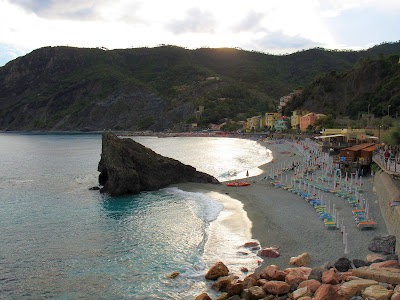 We stayed in the northern most village of Monterosso, which I would do again, in a heartbeat.  It is the largest of the 5, and the one with the biggest beach and most restaurants, though you can walk through the whole town in about 15 minutes. 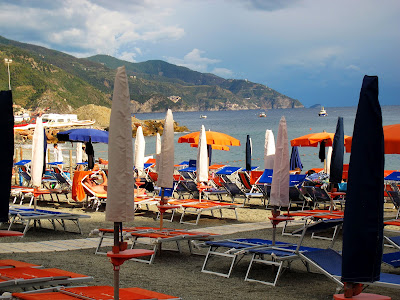 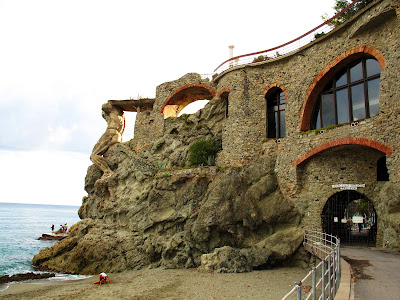 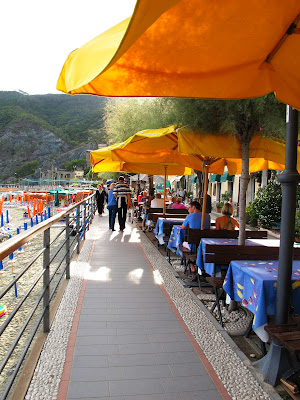 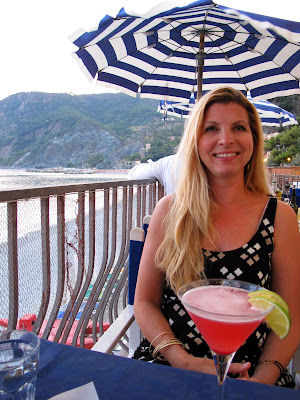 There is an old town in Monterosso with even more restaurants, wine bars, tacky T-shirt shops next to artisan food shops and homemade pottery and art stores. 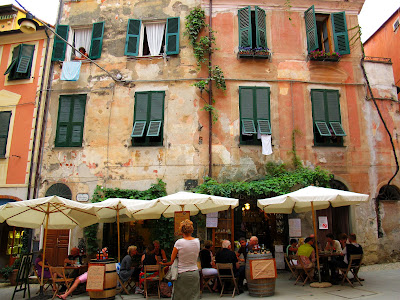 We shopped, snoozed, ate, drank, and of course had our daily gelato.  We had a great meal at Ristorante Miky.  They specialize in seafood, as most do in this area, but they prepare many dishes tableside, which makes for a great show. 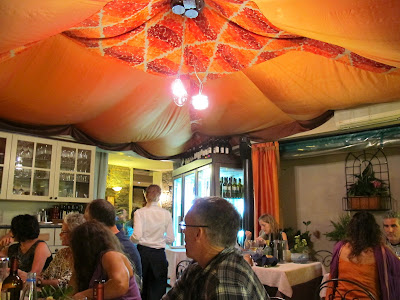 They often cook an item in a pot under a sheet of pasta or dough, allowing it to steam, and then bring it to your table where they light the top on fire.  I couldn't get an action shot, but the website has some. 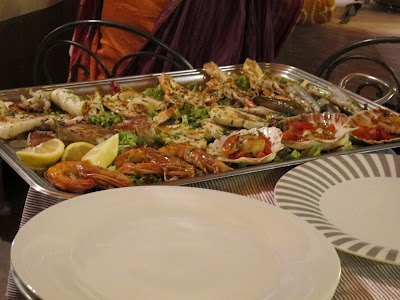 We indulged in the freshest of seafood, though not this whole platter, which was actually eaten by a friendly group of Aussies sitting next to us.  They were there to swim to all the different towns.  We didn't use that mode of transportation, but did see them again for drinks. 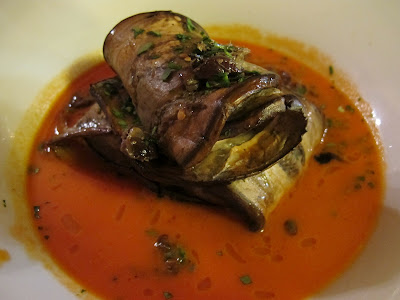 After eating pasta (and gelato) at every meal for a week, I was ready to do some hiking between the towns.  You need a permit to hike the trail since it's gotten a bit overrun, but we were there at a good time when it wasn't too crowded.  The thing about hiking between towns on cliffs is that you have to go straight up the hill and then straight down. 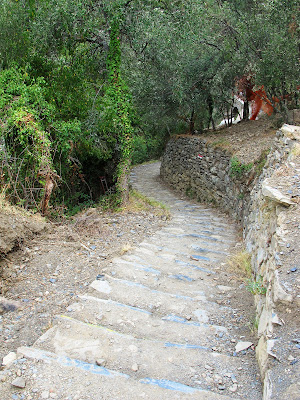 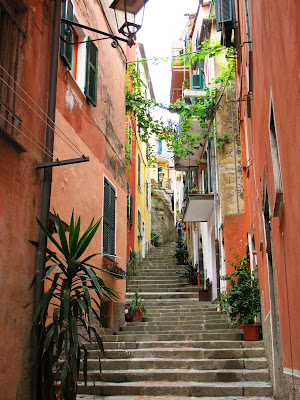 There's no strolling along a flat, path, barefoot along the water, but I will say the paths are well maintained, despite some super narrow passages where passing isn't possible without someone falling off the cliff.  The views are just stunning along the way. 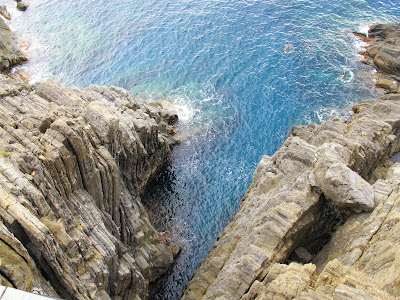 The most challenging town to get to using any mode of transportation is Corniglia as it requires climbing 400 steps to get to the village. 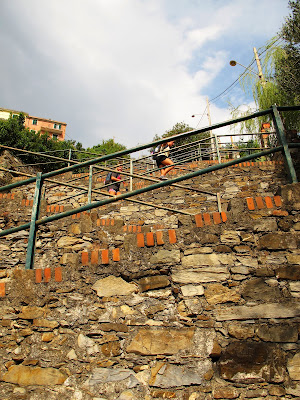 Luckily there's no Costco around or no one would get their supplies home.  I thought this was one of the more charming towns - probably because it had the least amount of people given the difficulty in getting there. 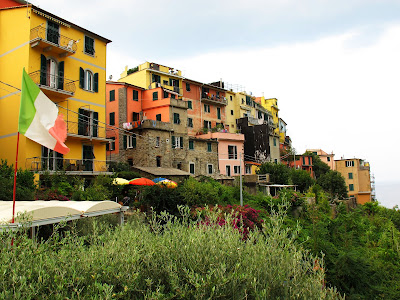 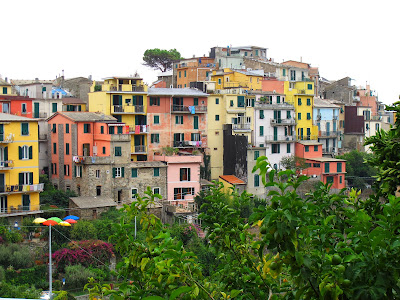 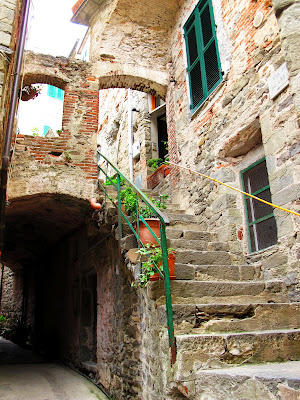 I also enjoyed hiking the trails because the views you would get of each town as you would enter would be unparalled.


You got such a great vantage point.  That's why it was also fun to take the boat too, and yes, a little kinder to my barking calves and quads.

Vernazza had a nice, small waterfront with cafes to enjoy the views.  I enjoyed the local, homemade pesto and gnocchi for lunch one rainy day to get my carb load up for a hike back.  Amazingly, this dish was light and flavorful and didn't want to make me fall into a coma after eating it as some Italian food does, but none in Italy. 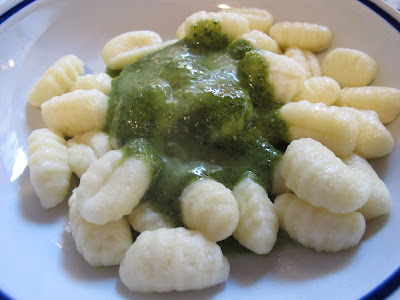 We had a nice lunch in the southern most town of Riomaggiore, which is also so picturesque, colorful and beyond charming. 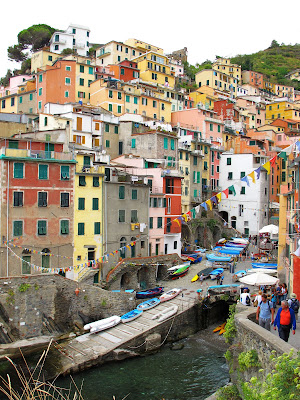 At lunch we decided we can no longer call pasta a vegetable, so we started with some veggie tortes that may or may not have qualified as a serving of legumes, but it sure was good.  I also needed to indulge in the local delicacy of anchovies so I had anchovy pasta.  Delish. 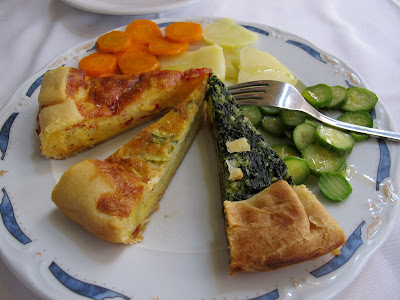 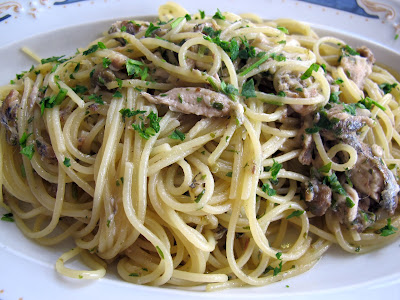 We then took the leisurely stroll between Riomaggiore to Manarola, which has been dubbed Via dell'Amore, the road of love.  It got this name after WWII when lovers between the towns would meet here for a rendez vous.  Like Paris' locks of love, partners clip a lock somewhere along the trail and throw their key in the water to show their everlasting love. 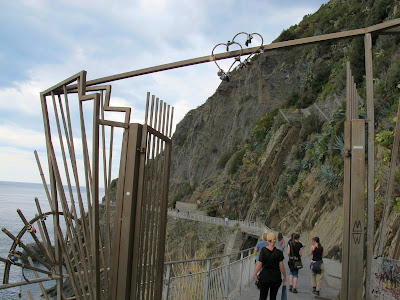 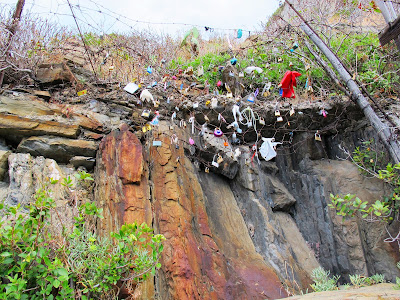 I discovered my new favorite gelato in Cinque Terre - cantaloupe.  I never knew such a flavor existed in gelato form, but now that's all I can think about.  I also ate amazing fresh fish that I knew was just caught moments ago.  I drank the local wine from Cinque Terre, and well, I'm trying hard to wash that memory away.  They can keep the wine, but the limoncino, I became a believer.  It may have had something to do with the man in the shop selling his family recipe, letting us try it, the cantaloupe flavor (I'll stick to it in my gelato cantaloupe), lime, candies, crackers.  He had it all and a great joie de vivre that really captured the Cinque Terre spirit. 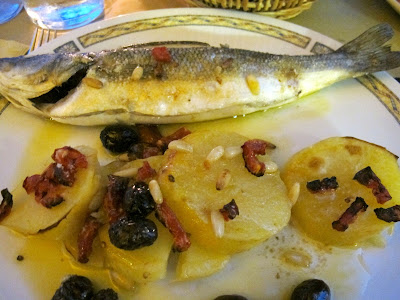 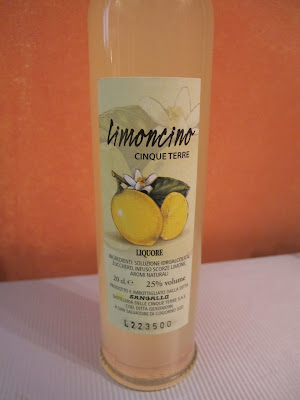 I loved Cinque Terre because it was an unassuming place that appealed to my every mood.  I could spend hours on a lounge chair reading and watching the water turn colors from inside and out.  It was warm and enveloping with its dense saltiness that let you float with little effort.  When I had a burst of energy, I could hike over rambling mountains, up stairs, down stairs, and when I wiped the sweat from my forehead, there would be a pastel colored village jutting out from the water to greet me.  People were friendly, the food was simple, but satisfying, and there was a relaxed atmosphere where you could embrace whatever you were feeling.  Oh yes, I'm a fan, and I will be back. 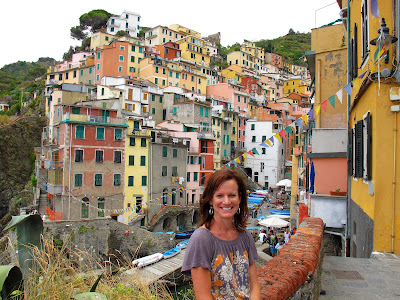 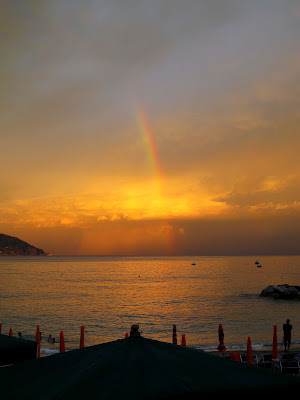