I've now been in Paris for over a year.  During this time, I've yet to use the French medical system, which I'm pretty sure means I should knock on wood.  I've strategically timed my visits to the US with carefully coordinated doctor appointments and long term prescription refills.  Then my dad and I decided to go on safari, but the timing was off so I couldn't get shots and malaria pills in the US.  So I sent out a request to my fellow ex Pat friends in Paris asking if anyone had a good doctor here that may speak a bit of English, because I'd hate to get the translation wrong for malaria, and end up with melatonin, though at least I'd sleep well if I got the disease. 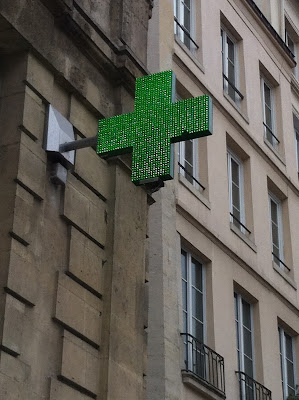 A friend recommended a nice American/Canadian doctor whom I called on Wed. afternoon, and I had an appointment the next morning at 9:30.  In the states, the answer to, "are you a new patient," would have put me into December for an appointment, long past the time the mosquitoes would have taken hold of me. 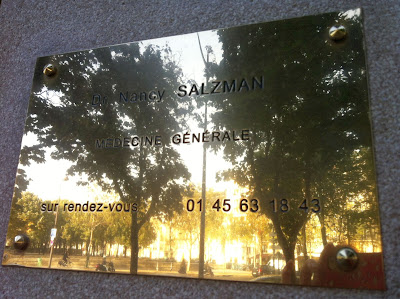 The doctor's office was in a nice neighborhood across from Invalides, which is officially knows as The National Residence of the Invalids.  I'm hoping the doctor setting up shop in this location was pure coincidence.  The lobby was very nice, clean and modern, but better yet, it had copies of People magazine.  Ok, the edition was 2 months old, but I did not know the special decor Madonna has assembled backstage of each concert to mimic her home in NY.  Important stuff. 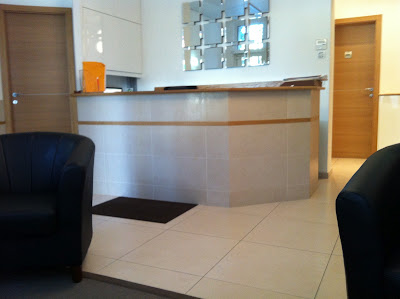 The doctor saw me soon after I arrived and we chatted for a little while in her well appointed office.  She asked me about moving to Paris, what I'm doing here (I'm sure many of you want to ask me the same question - make an appointment) and even pulled up and bookmarked my blog while I was sitting there.  If you're reading this, hi Dr. Salzman!  We eventually got to my African safari and we discussed the trip and itinerary line by line while she checked the appropriate websites for up to date information on shots and pills.  We landed on just needing malaria pills, and she threw in some nausea meds just in case the local cuisine didn't agree with my newly gentrified French belly.  She even told me a good, inexpensive pharmacy to get the prescription filled.  Who knew there would be different costs.

The total amount for the visit, complete with height, weight and vitals check, was under $100.  Ideally, I'll be reimbursed for some of this when I submit to my insurance company, but if not, it's still a reasonable price.  I braced myself for the expense of the pills since I heard one pill should cost about $25, but I'm pretty sure it would still be cheaper than actually contracting malaria and ending up with the invalids. 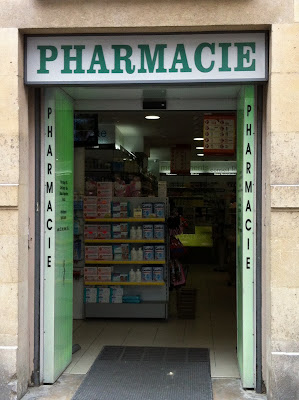 So I went to the bustling pharmacy behind the BHV, crossed my fingers that the exchange would go well and that the pills wouldn't take 8 weeks to order since I'm leaving in 4.  I walked up with my prescriptions in hand and we exchanged some information, luckily mostly in English.  She keyed some things into the computer and turned away. I was sure she was going to tell me that the pills would by $1,000 and arrive in time for New Year's 2013, but then she placed ALL of my pills in front of me and charged me less than $100.  I was shocked, but paid before she took anything away, or realized a mistake had been made.

I have found a process that the French do efficiently and cost effectively.  Those are words I never dreamed would appear in the same sentence.  Within less than 24 hours, I had made an appointment, seen a doctor, received a prescription, and had it filled on the spot for less than what I'd pay for a good meal in Paris.  What a great gift I've been given.  Hopefully I won't need it, but it's good to know it's there.  Merci Paris!
Posted by Kelly at 8:43 AM