The final stop on our S. African adventure was Johannesburg.  Jburg as its called, is the largest city and the commercial capital of the country.  There were flights nearly every 20 minutes from Cape Town to Jburg as everyone goes there to conduct business, and many return to Cape Town to live if they have the means.

Johannesburg was put on the map after gold was discovered there in 1886, and today, still contains the richest gold mine fields, though several fields have now closed.  You can see the golden hills right off the side of the road.

Many Africans came to the area to work in the gold mines and they lived in dorm like housing on the outskirts of town in Soweto, or South Western Townships.  Soweto was its own city from the late 1970's until the early 1990's.  After the end of apartheid, Soweto became a part of Johannesburg. 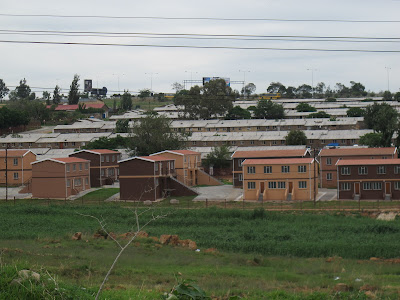 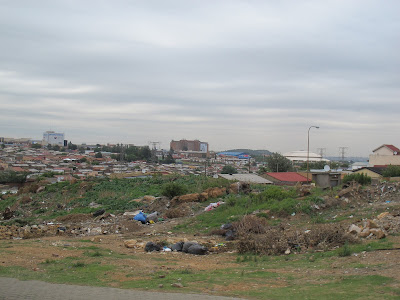 Much of the housing needs updating, but there's nowhere for some of the people to move so they live in sub par conditions. 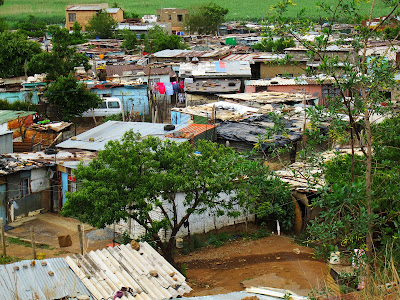 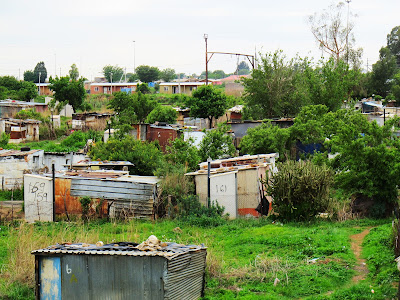 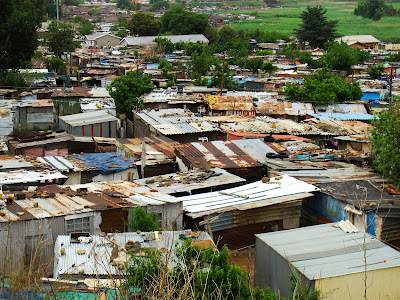 There are some businesses here and people looking for recycling to make some extra money. 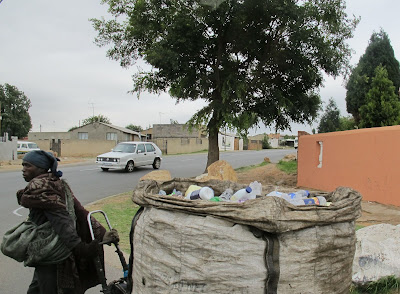 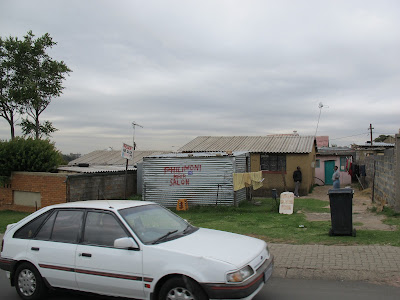 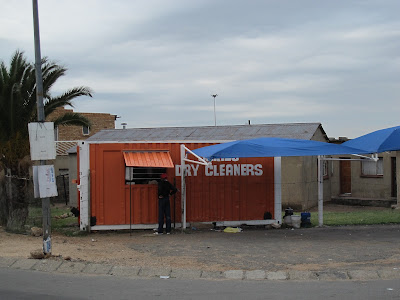 The government provides electricity and clean drinking water stations.  The problem is that in some areas, the toilets are too far from where they sleep, so there's cases of rape and violence. 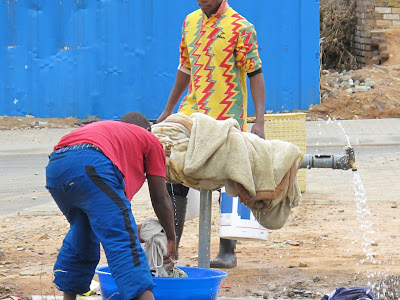 There are some people who make a decent living and stay in the area, and expand their homes, keeping the original bones of the house.  Archbishop Desmond Tutu still has a home here that he uses from time to time, which used to be right down the street from Nelson Mandela's house, now a museum. 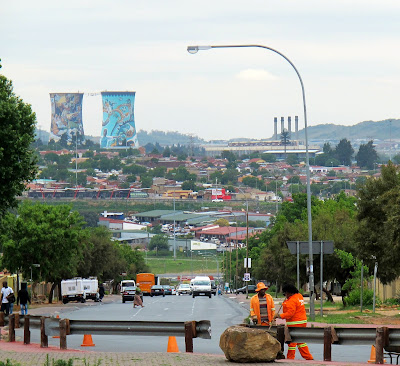 There was a student uprising here on June 16, 1976 when a mandate came down that everyone needed to be taught in Afrikaans.  Desmond Tutu called Afrikaans "the language of the oppressors."  It was difficult for the students to learn the subject matter since it wasn't in their native tongue, and teachers also struggled to use the language.

When the students held their march, they were met with extreme resistance from the police who had rifles and stun guns.  The peaceful protest turned into a violent riot from both sides and expanded throughout S. Africa over the following months.  Thousands were wounded, and several hundred dead. 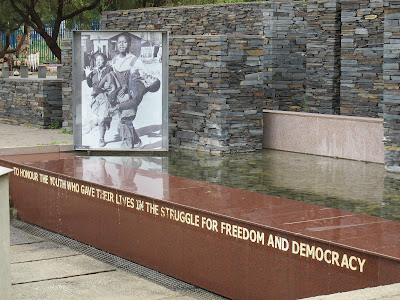 Hector Pieterson, 13 years old, was one of the first students shot, and became a symbol for the uprising.  There is now a museum in Soweto named after him, depicting the turn of events.

Nelson Mandela wasn't released from prison until 1990, and the first multi racial democratic elections weren't held until 1994, which was won by the Afircan National Congress, under Mandela.

And this is where the S. African tour ends.  It was an amazing trip into a different world with a rich history and culture filled with interesting people and exotic animals.