We made our transition from city life to the bush with a 3:30am wake up call to take a series of flights that eventually landed us in Victoria Falls, Zimbabwe and our luxury lodging, The Stanley and Livingstone.  Any fear my dad had that we'd be roughing it to see the animals, was quickly washed away. 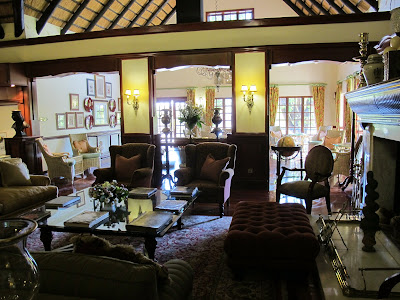 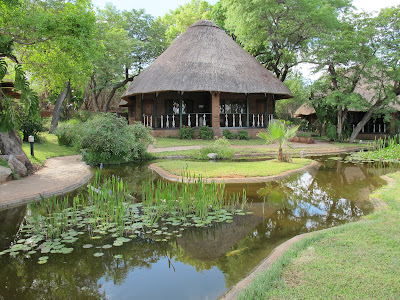 Our yard was not only filled with beautiful rolling green scenery with small ponds, but it always had a few animals that you could just sit on the patio and admire all day, as long as they stayed on their side of the small fence that ideally kept them from dining with us, or on us, at night. 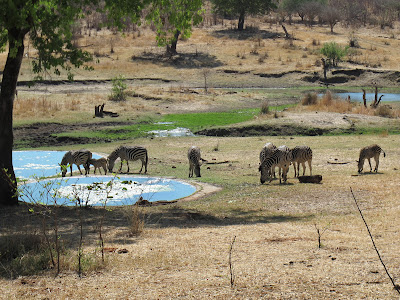 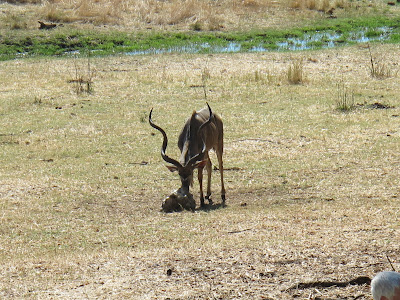 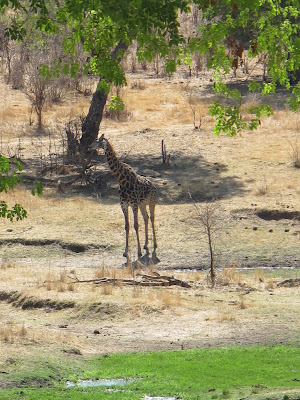 What we were here to see was Victoria Falls, one of the world's Seven Natural Wonders.  Yes, believe it or not, it's right up there with the Grand Canyon and Mount Everest. 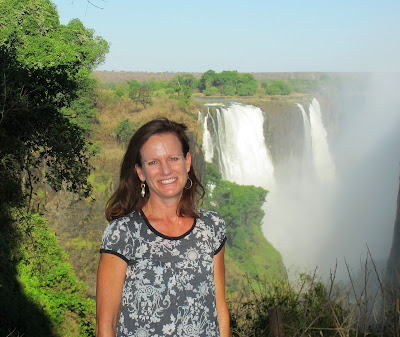 It's on the southern bank of the Zambezi River which comes in from Zambia and provides the water source for the falls.  It's a mile wide and 360 feet high, making it the largest waterfall in the world. 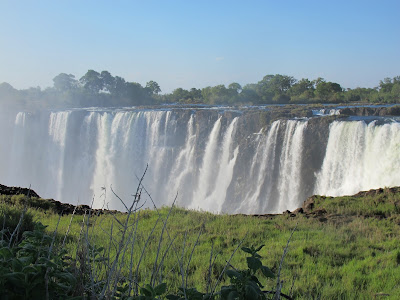 Victoria Falls is at its fullest and most impressive in the winter, but it was still pretty magnificent when we there, and we were able to stay reasonably dry while visiting.  There were also beaucoup de rainbows, including double rainbows, which unfortunately were very hard to capture on film. 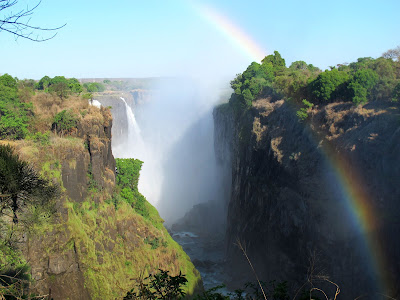 We got to see more of the rock outcroppings and sheer size since the water wasn't flowing all the way across. 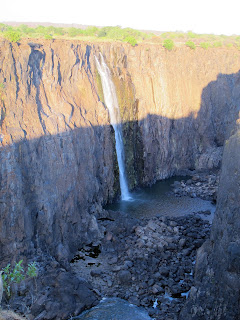 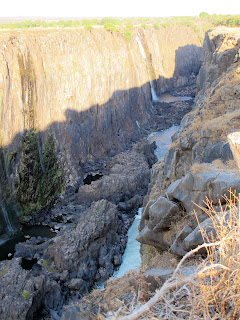 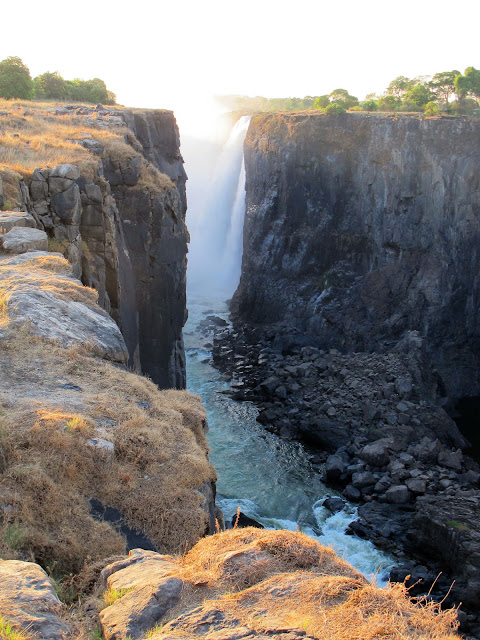 The Victoria Falls bridge was created in 1905, connecting Zimbabwe and Zambia, and also allowing thrill seekers a crazy place to bungee jump. 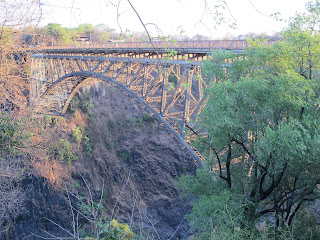 We also received a great perspective with a helicopter ride over the falls the day after we walked around them. 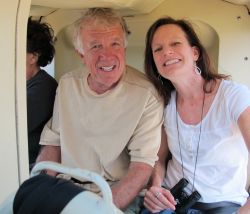 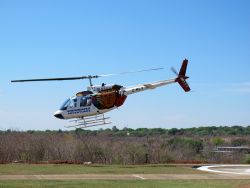 The helicopter gave you the full scope of the enormity of the falls. 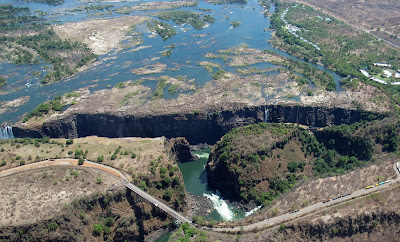 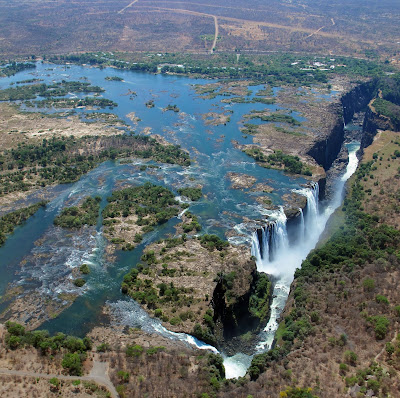 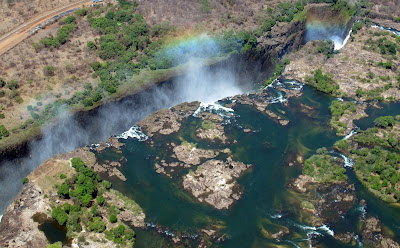 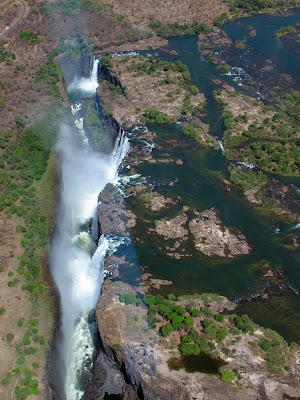 I feel like we know those falls inside and out now.  Next up, we journey deeper into the bush.

Email ThisBlogThis!Share to TwitterShare to FacebookShare to Pinterest
Labels: The Stanley and Livingstone, Victoria Falls, Zimbabwe